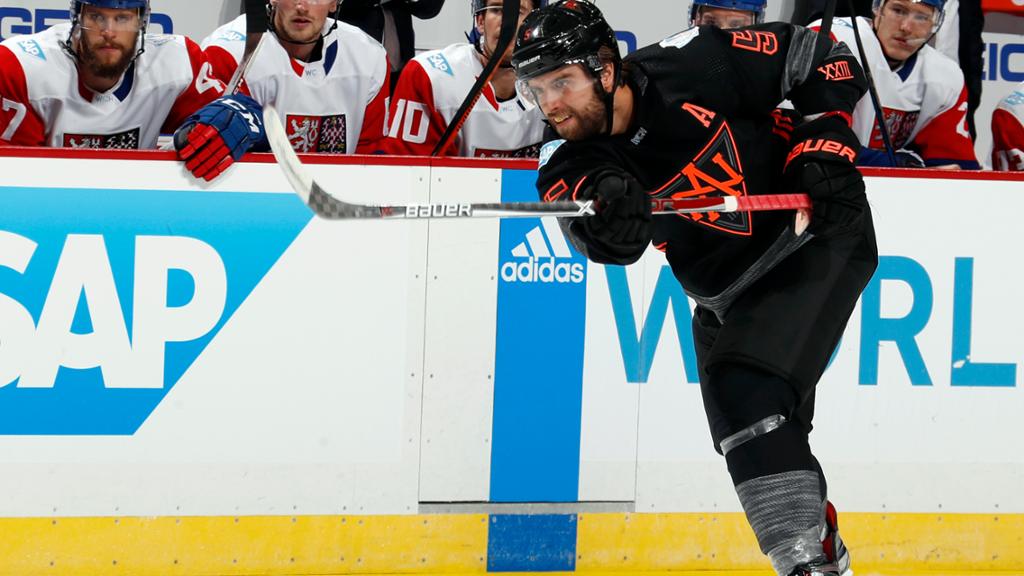 Ekblad did not play in a 4-3 loss to Team Russia on Monday because of the injury. Jacob Trouba took Ekblad's spot in the lineup; he was minus-2 and had one shot on goal in 16:48 of ice time.

"Don't know how long he'll be (out)," McLellan said of Ekblad. "And it's a big loss, but what we're fortunate to have here is we have; it's not like we're calling up a young player from the American Hockey League. I thought Jacob Trouba went in and played a [heck] of a game. We're fortunate to have that. Losing Aaron is a big hit for our club, but gaining Jacob was a real positive one as well."

Ekblad led Team North America with 23:53 of ice time in its 4-1 win against Team Finland on Sunday.

Murray said he jammed his right thumb midway through the second period, before he was pulled after allowing his fourth goal of the game at 15:43. However, neither Murray nor McLellan sounded too concerned.

"He's very capable of playing," McLellan said. "I'm sure we're going to see him on the ice in practice [Tuesday], so if that's any indication, we'll be able to pick from three healthy [goalies]."