by Blake Wheeler / Special to NHL.com 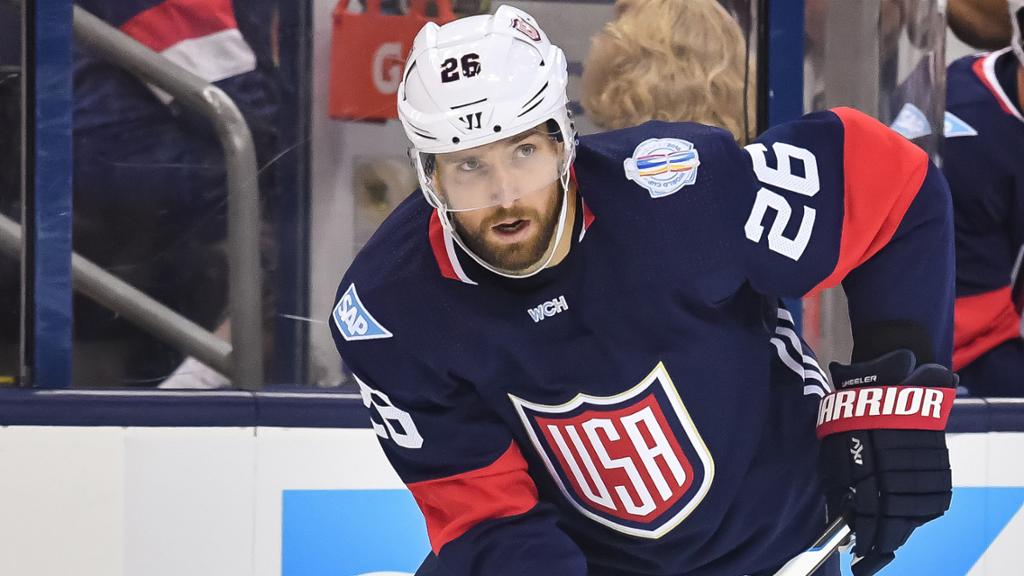 Winnipeg Jets forward Blake Wheeler is playing for Team USA at the World Cup of Hockey 2016. The 30-year-old has agreed to keep a diary throughout the tournament, which begins in Toronto on Saturday and runs through Oct. 1.

In the latest installment, Wheeler talks about arriving in Toronto, feeling the magnitude of the tournament and getting into Team USA's preliminary-round opener against Team Europe on Saturday (3:30 p.m. ET; ESPN2, SN, TVA Sports).

TORONTO -- We arrived in Toronto in the wee hours of the morning Wednesday after our final pretournament game against Team Finland in Washington on Tuesday night. I woke up, got dressed and walked out the front door of the team hotel downtown about 10 a.m., looking to grab some coffee.

About six or seven fans were waiting. We had just arrived, our first game wasn't for four days and already people were asking for autographs. That's when you're kind of like, "Wow. We're here."

The buzz around the city is huge. There is so much excitement and attention. We're lucky the tournament is in Canada. There are a lot of friendly people up here. If anyone says anything about Team USA, it's all good stuff. Anyone from Winnipeg, they've got the red and white on first, but they're cheering for me and Dustin Byfuglien, who also plays for the Jets and Team USA.

I have represented the United States at the Olympics. But I have never had the privilege of playing in the NHL All-Star Game or the Stanley Cup Final, and so I have never seen anything like World Cup media day on Thursday.

The Olympics were big but different than this. It wasn't all about hockey; this is all about hockey. You talked to the media in what they call a "mixed zone," where you stand behind a barrier with reporters on the other side. Thursday they had all of us on podiums, with World Cup backdrops behind us and microphones in front of us and all kinds of reporters walking around and working.

I didn't get any crazy questions, but I sat next to Buff. Sitting next to Buff is always interesting.

You don't see this type of media coverage really anywhere. You start to realize the magnitude of what we're about to go through, and it is so cool that they picked Toronto to have it. The attention is at an all-time high here.

I can't wait to get those first couple of shifts behind me against Team Europe on Saturday, just to get into the game and be a part of the atmosphere. Once you get the juices flowing and you're sweating out there, you forget about everything surrounding it, the nerves kind of go away and it's a normal hockey game again.