Veteran goalie can be difference maker in World Cup semifinal vs. Team Europe 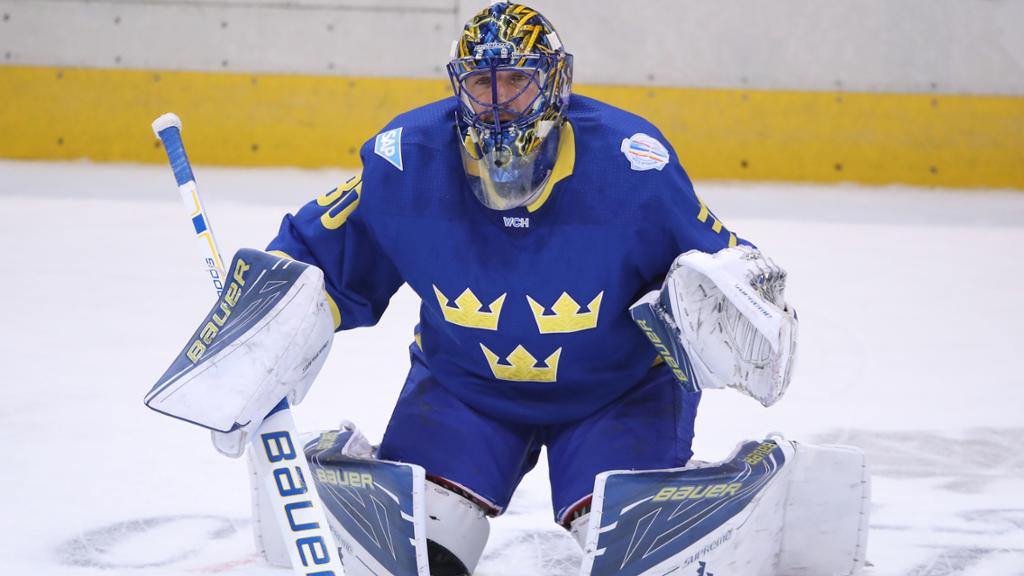 TORONTO -- At the semifinal stage of the World Cup of Hockey 2016, any advantage is eagerly embraced as the final four teams seek separation from their peers.

For that reason, Team Sweden is overjoyed with its game-breaking talent defending its goal: Henrik Lundqvist. It knows that the man called "King Henrik" can be the ultimate difference maker in the semifinal against Team Europe at Air Canada Centre on Sunday (1 p.m. ET; ESPN, CBC, TVA, TVA Sports).

Team Europe or Team Sweden will play the winner of the semifinal Saturday between Team Russia and Team Canada.

"We know [Lundqvist] is going to be there for us," Team Sweden defenseman Oliver Ekman-Larsson said. "He's going to be ready and bring his A game."

Lundqvist's best game can be intimidating for the opposition.

In the preliminary round, Team Finland played its best game against Team Sweden. Instead of winning, it was shut out, losing 2-0 in a frustrating 36-save performance by Lundqvist.

Lundqvist allowed two goals in the first 1:35 of the game and three in 8:24 in the next game against Team North America. But, he also stopped a penalty shot and settled down for the last 51 minutes of the game, allowing Team Sweden to battle back and force overtime before losing 4-3. The OT point was enough for Team Sweden to win its group.

"Against Finland, he was our best player by far and he kept us in the game against the young guns," Team Finland forward Patric Hornqvist said. "In the first 10 minutes [against Team North America], it could have been 5-0. He's been really strong for us and we need him to be really strong for us to get to the final."

Lundqvist was not as good against Team Europe in the pretournament. Ten days ago, the two teams met at Verizon Center in Washington and Lundqvist allowed five goals on 22 shots before he was pulled in the third period.

After the game, Lundqvist was heavily critical of himself, but it proved to be the beginning of him rebuilding his game. He missed the first game of the preliminary round against Team Russia with flu-like systems, but was Team Sweden's best player in each of the next two games.

"You have to realize that you are playing your second game in four months and if people think it is going to be perfect right away, they don't know what it takes to be on top of your game," Lundqvist said, discussing the game at Verizon Center. "You have to work a lot, work hard and smart until things start to feel good. I still feel I have some work to do before I feel really good and feel like myself, but things are moving in the right direction, which is a good thing here.

"I mean the biggest challenge going into this tournament was to try to reach your top level as soon as you could. We've had a couple of exhibition games, but it is the same for everyone. You just have to try to push yourself."

Lundqvist pushed through the illness that made him feel weak and heavy. He pushed through a brutal start against Team North America. Now, he needs to push past Team Europe to help Team Sweden book its place in the World Cup final.

If that happens, it will be the second straight best-on-best tournament final for Sweden. It played against Canada in the gold-medal game at the 2014 Sochi Olympics two years ago, losing 3-0. Lundqvist was the goalie for that run as well.

Lundqvist, 34, has already been a part of an incredible amount of high-pressure hockey in his career.

"We've come to the stage right now and experience is really important," Team Sweden coach Rickard Gronborg said. "We have a goaltender that has gone through Stanley Cup races all the way to the Stanley Cup Final just a couple years ago, and having experiences in the Olympics and the World Championship gives us a comfort that we know he's going to step up to the task, we know he's going to play his best when we really need it.

"It also gives us stability in everything we do. It's a guy we can lean on. At the same time, we don't want to lean on him as much as we did last game. We need to stick up for him and play more solid when it comes to all aspects of the game. But sure it's reassuring to have a guy that's gone through and has the experience that he has."

All that big-game experience helps Lundqvist with his mindset in this all-important rematch against Team Europe for the right to play for the World Cup of Hockey championship.

"Over the years, you get used to playing in these types of tournaments; Olympics, World Championships," Lundqvist said. "There is not much room for error. You just have to approach it as a Game 7.

"There's been a few over the years. Like I said, these tournaments too, there has been a few. There is a lot at stake and a lot of pressure, but you want to go out there and enjoy that moment. It's a rare moment to play these type of games."