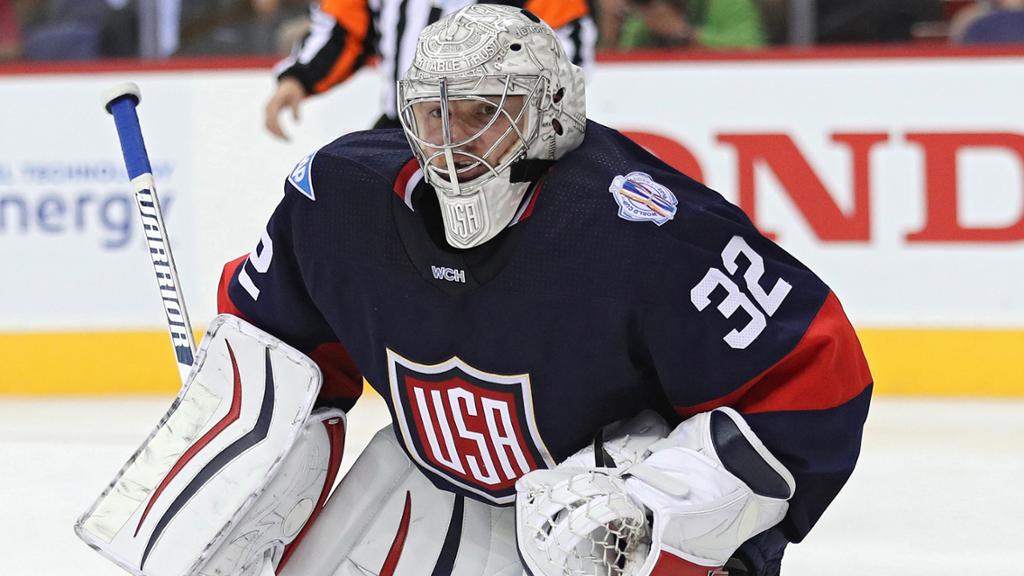 TORONTO -- Jonathan Quick wanted to be like Mike Richter growing up. He had a poster of Richter on his bedroom wall in Hamden, Connecticut, about two hours from Madison Square Garden. He was 8 years old when the New York Rangers won the Stanley Cup in 1994, and he had a few friends over to eat ice pops and watch Game 7 against the Vancouver Canucks.

It would be wrong to say Quick was glued to the television when Richter helped Team USA win the World Cup of Hockey in 1996.

"I didn't really know what was going on back then," he said.

But it would not be a stretch to say Quick could register high on the Richter scale in the World Cup of Hockey 2016. He will be the starting goaltender when Team USA opens the tournament against Team Europe at Air Canada Centre on Saturday (3:30 p.m. ET; ESPN2, SN, TVA Sports), and he has the ability to make the difference on any given night and over the next two weeks.

"Especially if a goalie of his caliber gets hot. I mean, he can outright steal a game that swings the whole tournament," Team USA defenseman Matt Niskanen said. "It's completely a real possibility that he not only makes all the easy saves and makes it look easy, but there's going to be a couple doozies in there that could swing momentum. He has that ability for sure."

Of the three goaltenders on the Team USA roster, Cory Schneider has the best NHL career save percentage at .925. Ben Bishop is second at .920. Quick is third at .916.

Bishop had the best save percentage of the three last season at .926. Schneider was second at .924. Quick was third at .918.

But the World Cup is not a career. It is not an 82-game regular season. It is not even a four-round playoff of best-of-7 series. It is not about large sample sizes and long-term averages.

It is a short tournament being played in September. Team USA will play three preliminary-round games and must finish in the top two in a group with Team Canada, Team Czech Republic and Team Europe, comprised of European players from outside the Czech Republic, Finland, Russia and Sweden. Then it must win a single-elimination semifinal and a best-of-3 final.

For coach John Tortorella, the question was who would give Team USA the best chance to win right here and now. Athletic, competitive, Quick has a history of making saves he isn't supposed to make and rising to the occasion.

Quick has won the Stanley Cup twice with the Los Angeles Kings, and he won the Conn Smythe Trophy as the most valuable player of the Stanley Cup Playoffs in 2012 when he had a .946 save percentage during an epic 16-4 run.

He started for the United States at the 2014 Sochi Olympics and had a .923 save percentage in five games. Though the U.S. was outplayed badly in the semifinals against Canada, Quick made 36 saves in a 1-0 loss.

Neither Schneider nor Bishop has won the Stanley Cup, let alone the Conn Smythe, and neither has played in a best-on-best tournament before.

Tortorella gave Quick the first two periods of the first pretournament game, against Team Canada in Columbus on Friday. Quick kept the game scoreless as Team USA was outshot 12-1 early in the first period. He ended up allowing one goal on 33 shots in a 4-2 win.

"Almost a little better that way, just kind of get pushed into the fire," Quick said. "It was almost like a playoff game right off the bat. It was kind of forcing you to get your game as sharp as possible."

Tortorella gave Quick the entire third pretournament game, against Team Finland in Washington on Tuesday, and Quick allowed two goals on 32 shots, giving him a 1.80 goals-against average and .954 save percentage in 100 minutes of ice time.

"I think that's impressive," Team USA defenseman Jack Johnson said. "For all of us, it's taking us a little bit to come off summer hockey and jump right into something at this level. But he had seemed to not miss a beat. He prepared well over the summer. He's always well-prepared and ready to go."

Tortorella has said that strong goaltending will allow Team USA to take chances. Team USA just can't take too many.

"If you can limit those, we definitely have the belief that he's going to make the saves when he needs to and he's going to make a desperation save or two to keep us in a game or keep us with the lead. We have the confidence in him that way. You can see the way he can bounce around the net and just make those quality saves."

In July, Team USA sent a USB drive to the players. It contained a TV broadcast of the final game of the World Cup in 1996 and many sources of inspiration, from the intensity against Canada in Montreal, to the four-goal flurry at the end of the third period, to goaltending.

"It was awesome to see Richter," Pavelski said. "He'd just keep making that next save. I think we can have that definitely."