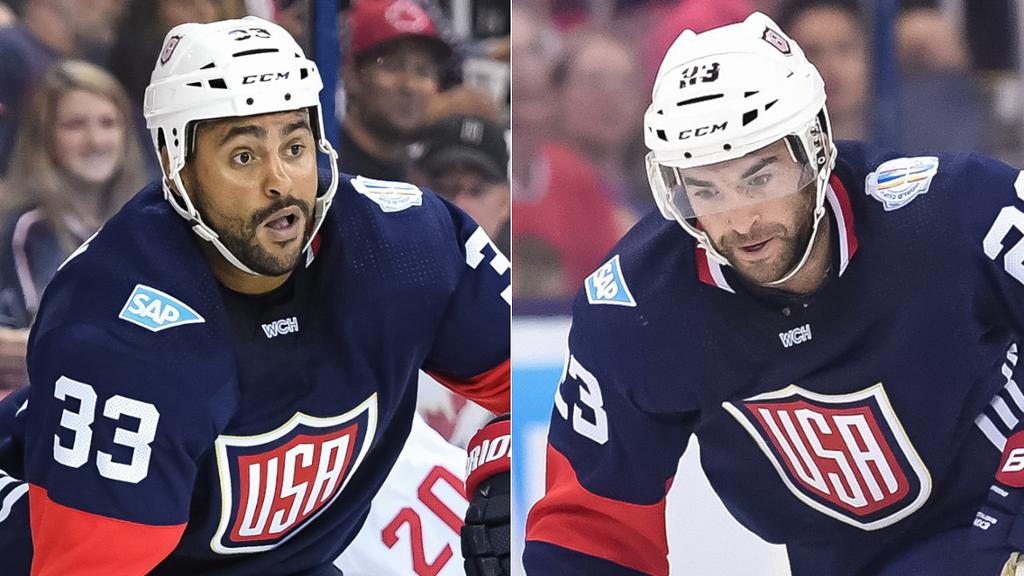 TORONTO -- Team USA will insert skill into the lineup against Team Canada on Tuesday in its must-win preliminary-round game at the World Cup of Hockey 2016.

Last season Palmieri scored 30 goals for the New Jersey Devils and Byfuglien was the highest-scoring United States-born defenseman in the NHL with 53 points. Each will play on the power play. Team USA went 0-for-4 on the man-advantage against Team Europe and 1-for-11 in three pretournament games.

"I think our team needs a little spark, and hopefully I can go in there tonight and provide that, whether that be a goal, maybe a big hit, just a big play to get our team going tonight and get ourselves into it and just go from there," Palmieri said.

Video: Team USA talks about the intense rivalry with Canada

Dubinsky and Johnson are surprising scratches in the sense that Team USA put them on the roster as part of its hard-to-play-against identity, intended largely to beat Team Canada. Dubinsky often matches up against Team Canada captain Sidney Crosby in the NHL. Johnson is a physical presence in the defensive zone.

"It kills me to take [Dubinsky] out because of how he competes," Tortorella said. "He was killing penalties pretty good for us. We just kind of went on the side, we wanted to put a goal-scorer in in Kyle. I can move him up and down the lineup. …

Byfuglien has a booming shot from the point. He also can play forward. Tortorella has said he will be quick to shorten his bench and adjust his approach within the game.

"We hope he scores a power-play goal," Tortorella said. "We'll have him on the power play. He gives me a couple options to use him on the back end or up front. Yeah, so he obviously was disappointed he didn't play the first game. I think he's really going to try to make a difference tonight. He needs to stay disciplined but also not test the waters."

Palmieri and Byfuglien might help. But players like Patrick Kane, Joe Pavelski, T.J. Oshie, Zach Parise and Max Pacioretty need to play better than they did against Team Europe, regardless of the changes.

"Bottom line is we have some good players on our team, some people that can score," Tortorella said. "Even though changing the lineup here, the guys that are going to need to score for us have been in our lineup, and I expect a big game out of them tonight."