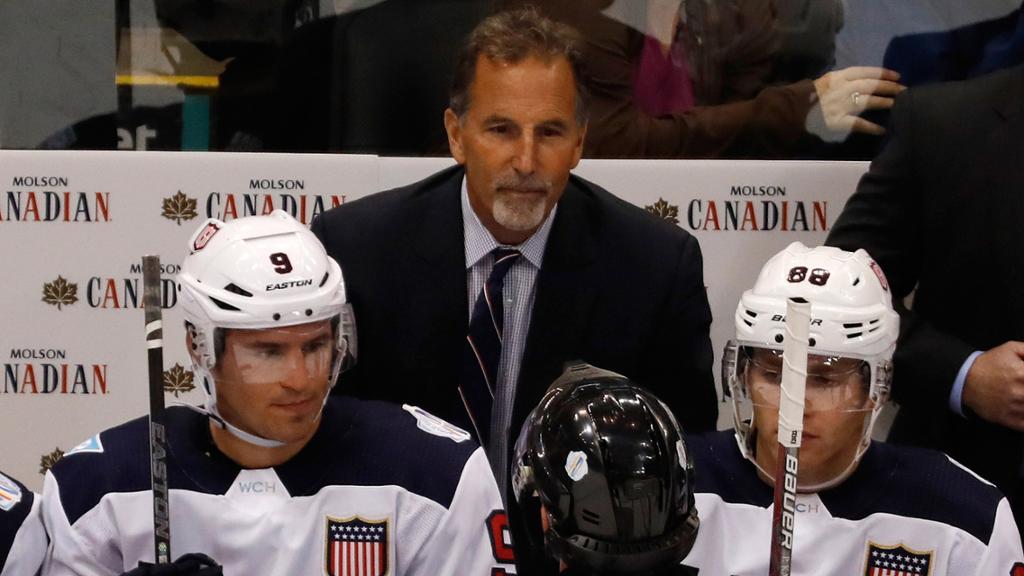 TORONTO -- Team USA coach John Tortorella called comments by Phil Kessel and former U.S. players "self-serving," and said they did not reflect well on them or USA Hockey.

Team USA has been taking heat for its performance at the World Cup of Hockey 2016. It was eliminated after losing its first two preliminary-round games -- 3-0 against Team Europe and 4-2 against Team Canada -- and will play for pride against Team Czech Republic on Thursday (8 p.m. ET; ESPN2, SN, TVA Sports).

"We need to take our medicine as a team," Tortorella said after the morning skate Thursday. "I just don't … I don't get … We'll take it from you guys [media] all day long. That's part of our job, and it's part of your job. All day long. And we should. I just don't understand players that have been in this situation, players that have played for USA Hockey, not only Phil, but some of the other guys speaking out.

Modano retweeted a tweet noting Team USA didn't dress one of its four 30-goal scorers against Team Europe, Kyle Palmieri, and this tweet from Roenick after the game: "Seriously??? That's the best USA can give??? Defending champs if u look at it literally. That's a joke!! Europe embarrassed us. Wake up!!!"

During the Team Canada game, Modano tweeted the tournament should be canceled and the trophy should be handed to Team Canada. He deleted the tweet.

Kessel, who was not selected to the original Team USA roster nor added later, had surgery for a hand injury in July and is expected to recover in time for Pittsburgh Penguins training camp. After the Team Canada game, he tweeted: "Just sitting around the house tonight [with] my dog. Felt like I should be doing something important, but couldn't put my finger on it."

Tortorella said it was unnecessary, because critics already were denouncing the decision not to select Kessel, who led the 2014 Sochi Olympics in scoring.

"I wish Phil just … Listen, you guys have been grinding us about Phil," Tortorella said. "Phil looks just fine as far as the way you've talked about us not picking him. I just wish he didn't say anything, because it makes him look bad. I don't want him to look bad.

"And the other guys? It's so easy. It's so easy to start chucking dirt on us when things are going bad. But when they've been playing in the program, for the whole USA Hockey, it just does not look good. And we have some work to do to get some respect back. That stuff doesn't help."