Team USA shut out by Team Europe in opener 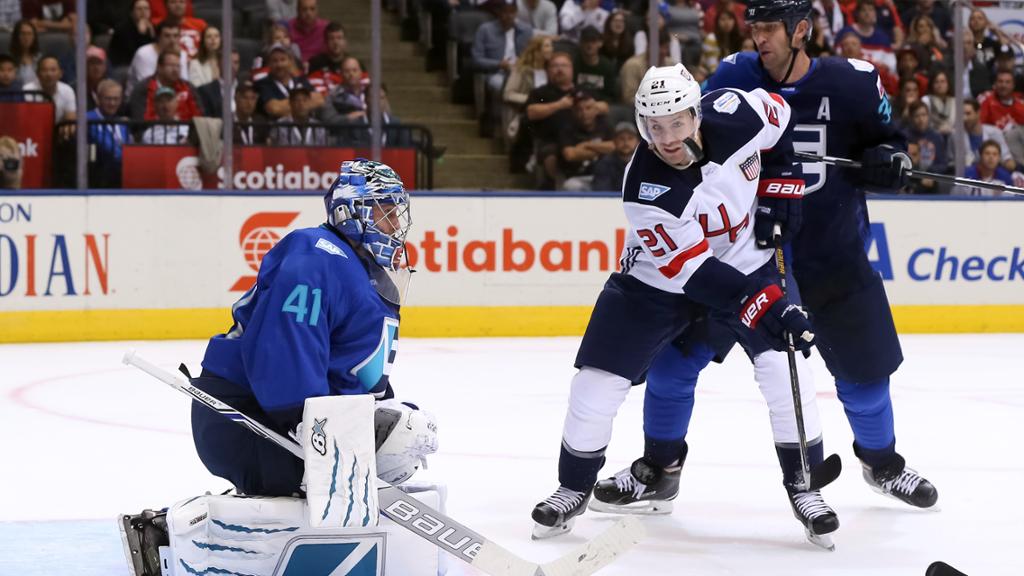 TORONTO -- The World Cup of Hockey 2016 opened with a shocker when Team Europe upset Team USA 3-0 at Air Canada Centre on Saturday.

Jonathan Quick made 14 saves for Team USA, which has two days off before playing Team Canada on Tuesday.

"We know we've got to learn from that one and get ready for the next one because it's not going to get any easier for us," Team USA left wing Zach Parise said. "We've got to rebound."

Not much was expected from Team Europe after it lost its first two pretournament games to Team North America. But it has opened eyes by defeating Team Sweden 6-2 in its final pretournament game and shutting out Team USA.

"Within the room, we know what we're capable of," Draisaitl said. "From the outside, we got kind of stamped as the underdog here and I think we all understand that, but, at the same time, we have some really, really good players on our team as well, a lot of experience."

Team Europe scored 4:19 into the first period when Gaborik finished a 2-on-1 with Frans Nielsen. Draisaitl made it 2-0 by finishing a 2-on-0 with Nino Niederreiter 4:02 into the second period. That came off a turnover by Team USA right wing Patrick Kane inside the Team Europe blue line.

Bellemare made it 3-0 by deflecting Jannik Hansen's left-point shot past Quick with 1:28 remaining in the second period. Team USA picked up the pressure in the third period, outshooting Team Europe 17-7, but could not break through against Halak.

"I think [the win] set us up for some fun now in the tournament and [we] just want to stay in the moment, keep the picture really small," Team Europe coach Ralph Krueger said. "We have a difficult challenge still ahead of us. We haven't accomplished anything yet."

Kane's turnover proved costly when it led to Draisaitl's goal. Draisaitl pressured Kane into turning over the puck to Tobias Rieder, leading to the 2-on-0. With Team USA defensemen John Carlson and Ryan Suter caught deep, Draisaitl and Niederreiter had plenty of time to pass the puck back and forth before Draisaitl scored from the right side of the crease.

With Team Europe leading 2-0 and 10:46 remaining in the second period, Halak slid to his left to break up a 2-on-1 pass from Kane intended for Ryan Kesler, who was driving to the right post.

An apparent power-play goal with 5:50 remaining in the second period that would have pulled Team USA within 2-1 was disallowed after video review. Officials in the NHL Situation Room ruled that James van Riemsdyk deliberately directed the rebound of Ryan Suter's left-point shot into the net with his body.

"We probably wish we were playing [Sunday or Monday]. It'll be a long two days for us. I'm sure we'll go over some things on video, kind of learn from our mistakes, figure out the way we want to play and the way we want to do certain things better." -- Team USA right wing Patrick Kane

"I think our play with the puck was pretty good. We didn't do any unnecessary mistakes or give them a whole lot of freebies and make them come through us and try to do something special to get to our net." -- Team Europe captain Anze Kopitar

"I think the guys did a really good job in the first period. We didn't give them too much. If you look at the shot count in the first period, it was 6-5 for Team USA, so it kind of got me into the game, and as the game went on I was feeling more comfortable and the guys were making better plays." -- Team Europe goaltender Jaroslav Halak