Would be eliminated from World Cup with loss; Team Canada doesn't have to change game plan 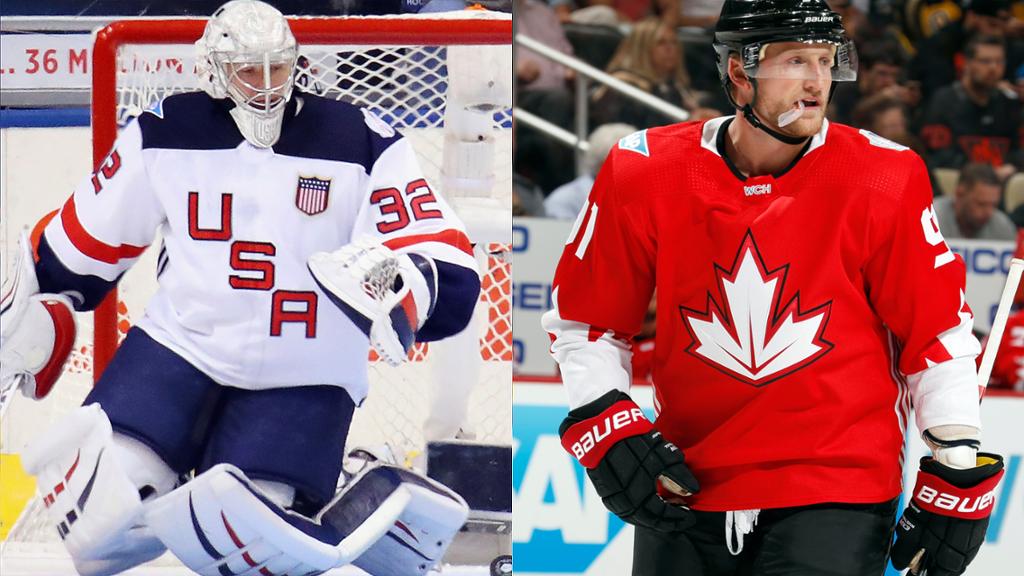 Team USA looks to keep its hopes of a World Cup of Hockey 2016 semifinal berth alive and would be eliminated with a loss of any kind to Team Canada when they play at Air Canada Centre on Tuesday (8 p.m. ET; ESPN, SN, TVA Sports).

Team USA is seeking its first goal of the tournament after a 3-0 loss to Team Europe on Saturday. Team Canada is coming off a 6-0 win against Team Czech Republic on Saturday.

Here are reasons for optimism for Team USA and Team Canada:

1. Executing the game plan: Team Canada can advance to the semifinal round with a win and doesn't have to improve much from its win against Team Czech Republic. It outshot Team Czech Republic 50-27, out-chanced it 75-51, went 2-for-3 on the power-play, didn't allow a goal on six shorthanded opportunities and won 62 percent of faceoffs.

"You're never totally satisfied," Team Canada forward Steven Stamkos said. "The first five minutes, we'd like to come out stronger, [Carey Price] made some big saves for us early. But for the most part we were very pleased with that effort. If we can play like that for the remainder of the tournament, things will hopefully go our way."

2. Just another game: For Team Canada, it isn't putting much stock in the fact that it has a chance to advance and to eliminate Team USA with a win. It's business as usual.

"I think we have to make this whole focus about us and not really buy into the whole do-or-die thing for them," Team Canada forward Ryan Getzlaf said. "It's a matter of us just going out and playing our game and continuing to get better throughout this tournament."

3. Fresh legs: Facing a must-win game, Team USA will have two new faces in the lineup. Forward Kyle Palmieri and defenseman Dustin Byfuglien, who were healthy scratches Saturday, will dress. Defenseman Jack Johnson and forward Brandon Dubinsky are scratches. Byfuglien and Palmieri could see time on the power play, which went 0-for-4 on Saturday and was 1-for-11 in three pretournament games.

"I have some fresh legs," Palmieri said. "I haven't played in a week or so and hopefully I can be a spark that helps our team win the game [Tuesday]."

4. Quick can respond: Although he allowed three goals on 17 shots Saturday, goalie Jonathan Quick will start. He knows how to play in big games; Quick was 3-2-0 with a 2.17 goals-against average and .923 save percentage in the 2014 Sochi Olympics and has career Stanley Cup Playoff numbers of 46 wins, a 2.27 GAA, a .921 save percentage and nine shutouts. He won the Conn Smythe Trophy as the playoff MVP in 2012 and has backstopped the Los Angeles Kings to the Stanley Cup twice.

"I play against him a lot," said Getzlaf, a center for the Anaheim Ducks. "[Quick] is a [heck] of a goalie. We've just got to keep going, keep getting pucks to him, and work hard to break him down. He's a goalie that you have to get second and third opportunities. And we're going to do that."