Loss of any kind would eliminate U.S. from World Cup contention 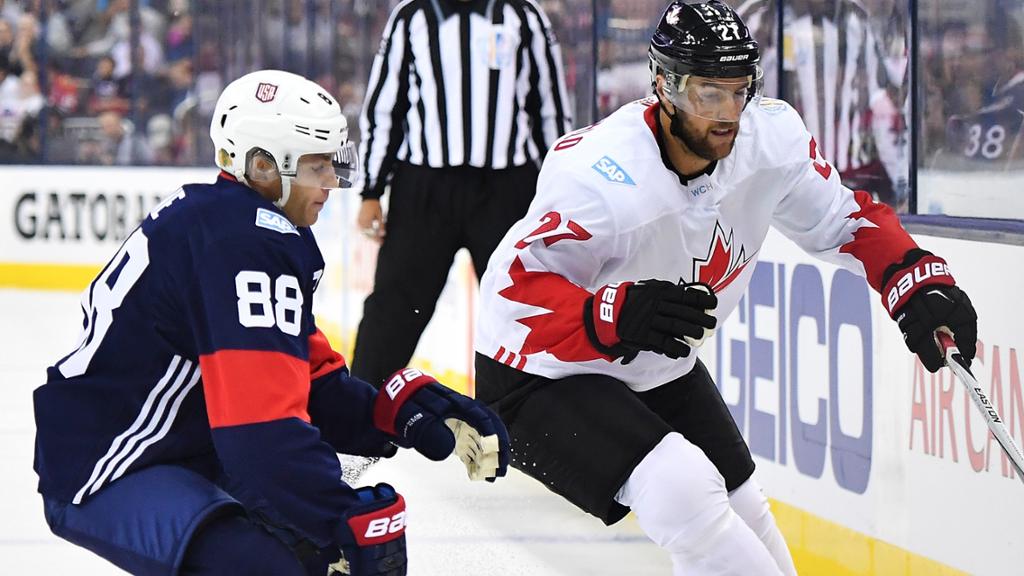 Team Canada: A spot in the semifinals would be guaranteed with a win, as would Team USA's elimination from the World Cup of Hockey 2016. But Team Canada's focus is squarely on the first of those goals, ensuring a place in the next round.

"I don't think we really look at their situation," defenseman Jay Bouwmeester said. "I think we know the magnitude of the game just because of who we're playing, the rivalry and all that. For us, I don't think we should really be concerned. We know how important it is [for Team USA], but it's important to us too, because we've got to win those games to move on."

Coach Mike Babcock will dress the lineup that defeated Team Czech Republic 6-0 on Saturday in Team Canada's opening game of the tournament, meaning forward Claude Giroux and defenseman Jake Muzzin will be scratched and goalie Carey Price will start.

Babcock would like to see Team Canada play essentially the same game it did Saturday, with one adjustment.

"[Team Czech Republic] had five looks at our net in the first six minutes," he said. "Four of them were on specialty teams and one was on the line change, so we've got to fix that up for sure. Other than that, I thought we played well, we played with some pace. We didn't have pace early in the exhibition, we're starting to get pace, a little more comfortable."

Team USA: It's a must-win game in order to stay in contention for a chance to advance into the semifinals. A loss of any kind would eliminate Team USA and send Team Canada and Team Europe into the semifinals before any team in Group A plays its third game.

Forward Kyle Palmieri and defenseman Dustin Byfuglien will play against Team Canada after being scratched against Team Europe, Tortorella said Tuesday. Forward Brandon Dubinsky, defenseman Jack Johnson and goaltender Cory Schneider will be scratched. On Monday, Palmieri was practicing on the first power-play unit and Byfuglien was working at the point on the second.

"I think our team needs a little spark, and hopefully I can go in there tonight and provide that, whether that be a goal, maybe a big hit, just a big play to get our team going tonight and get ourselves into it and just go from there," said Palmieri, a 30-goal scorer in the NHL last season.

Team USA also figures to have different lines from its first game based on what it has shown in practice the past two days, with the most notable change being Justin Abdelkader moving up the lineup to play with center Derek Stepan and right wing Patrick Kane.

Goalie Jonathan Quick is expected to start after allowing three goals on 17 shots against Team Europe.

"I can't wait and I think our players can't wait for this game to start," Tortorella said. "It's going to be a blast."

Keep your eye on: Kane might start the game playing with Stepan and Abdelkader, but watch for him to make cameo appearances on numerous lines throughout the game as Tortorella looks for ways to get him more ice time. Kane played 18:48 in the game against Team Europe on Saturday, more than any other Team USA forward, but Tortorella said he wants him to be more of a "rover" against Team Canada.

They said it: "It's our championship game [Tuesday]. It's a little bit early. This team, you saw them against the Czechs. They play well. They have some high offensive power. It's going to take everyone pulling the same rope to get it done." - Team USA center Derek Stepan

Here are the projected lineups: