by Matt Duchene / Special to NHL.com 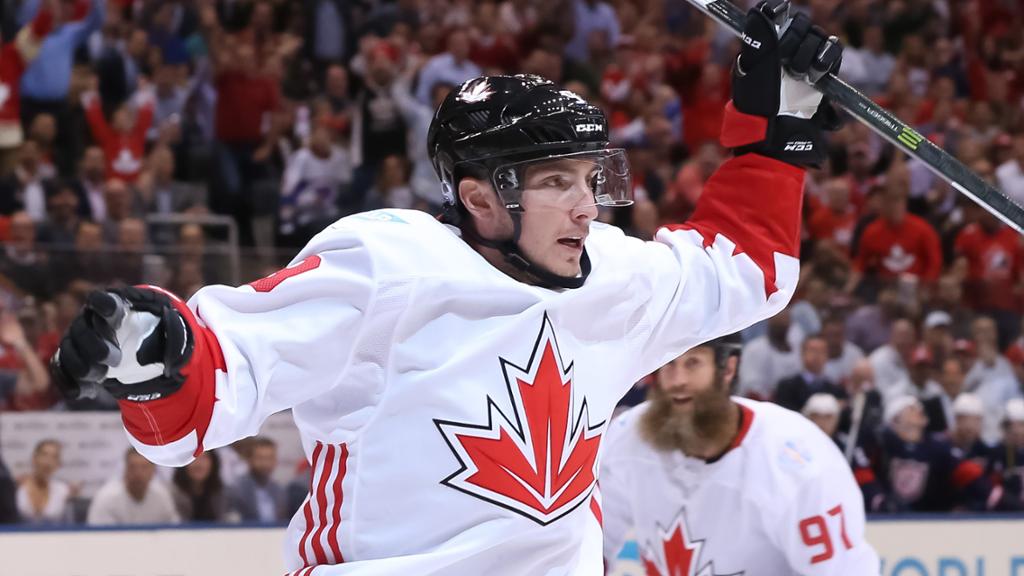 Colorado Avalanche forward Matt Duchene is playing for Team Canada at the World Cup of Hockey 2016. The 25-year-old has agreed to keep a diary throughout the tournament in Toronto, which runs through Oct. 1.

In his latest installment, Duchene talks about Team Canada reaching the final against Team Europe and a nice afternoon watching the Blue Jays at Rogers Centre with his teammates.

TORONTO -- We've reached our goal of making it to the World Cup final. Now we have one last step to go in terms of winning this tournament.

We want to keep playing the way we've been playing.

We played a heck of a game against Team Russia. Obviously it was a little tighter after two periods than we would have liked thanks to some great goaltending on their part. I think we could have scored a little more early in the game had it not been for Sergei Bobrovsky.

We played a great game and hopefully we can keep that same effort going forward so we can take care of business.

We got a chance to kind of get away from hockey a little bit Sunday and go watch the Toronto Blue Jays defeat the New York Yankees 4-3 at Rogers Centre. We sat in a box together and cheered them on, it was a great game.

The Jays came out with the win in the bottom of the ninth. It was pretty awesome.

We got to go down to the room after and meet some of the Blue Jays players and hot stove it with them a little bit. That was pretty cool. We're all big Blue Jays fans, and I think there's a mutual admiration between guys that play baseball and guys that play hockey for what we each do.

Some of the guys on our team are big baseball fans, but I'm more of a Jays fan than a baseball fan. I really like watching the Jays and I watch a lot of their games, but I don't watch too many other teams.

A few of us got a signed bat from third baseman Josh Donaldson, who was an All-Star and won American League MVP last year, one of the best players in the league. He's an awesome guy too, we had a good chat with him.

So it was a pretty cool experience. A great day, and I wish the Jays the best down the stretch here.

But now it's back to business and focusing on this World Cup best-of-3 final, which begins Tuesday at Air Canada Centre (8 p.m. ET; ESPN, CBC, TVA Sports).

Team Europe is a patient team, but they've got some skill and they can score. They showed that in the semifinal, defeating a really good Team Sweden 3-2 in overtime.

They're a dangerous team.

But we just need to play the way we can play, and that means playing a lot in their end and putting a lot of pucks on net the way we have this whole tournament.